The NCAA basketball tournament is right around the corner, and today we will talk about the best way to bet the tournament. Of course, we won’t know the matchups for a couple of more weeks, so today, we are looking at betting the future! What does that mean? Simply, it means that you can bet on who will win the 2022 Men’s basketball tournament right now. This means that if you like a favorite like Auburn, you will get better odds right now than you will after the tournament draw is done. Of course, it’s a risk because one of Auburn’s stars could go down before the tournament is even played, but you get better odds than waiting until the draw is selected. Today, we will break down the leading contenders and a few longshots that would pay off nicely if you make futures bet right now. Remember the greater the risk the greater the reward.

The best sports betting site for Betting on March Madness 2022

When is March Madness?

The selection of the teams for March Madness takes place on March 13th and right after the brackets are announced point spreads will be available on all sportsbooks. March Madness will kick off as always in Dayton with the first four. It will be two games a day on March 15th and 16th. The first round of the tournament will be on March 17th and  takes place over the course of 3 weeks. When you include the First Four Play-In Games, there are a total of 67 games played. So that’s a lot of opportunities to make some money. You will want to make sure you select the best sportsbook to bet your money with. You will want to do your homework on the best sites to bet to get the fastest payouts etc… we can help you do that if you click any of the links throughout this article!

Trust me; this is an excellent number to grab the Zags on, as it will probably drop some by the time of the tournament. Drew Timme, who leads the club in scoring (17.7 ppg), is the clear leader of the club, but the play of guard Andrew Nembhard is the reason why this offense is operating at such a high level, always remember guards are the key to winning it all in March. There are not enough superlatives to describe the production of freshman big-man Chet Holmgren which makes this a complete team. This is not the first team that Coach Mark Few has had that was a favorite to win it all. The Bulldogs are the most complete team in the country and can beat you in almost any way imaginable. As always, the question is whether a weak conference hurt the Bulldogs chances come March. In the end, I think there is better value to be had with other teams, but if you are convinced this is the Zags year, I would jump on this now at one of the best sports betting sites!

The Wildcats have a balanced scoring offense with four players averaging double digits, led by junior forward Oscar Tshiebwe (16.4 ppg, 15.3 RPG), who is dominating this season. The Wildcats have struggled somewhat when playing the better teams in the country. I have a hard time seeing the Wildcats playing consistently enough against quality competition to win it all. That being said, this is a fantastic team, but I don’t see them winning it all this season. 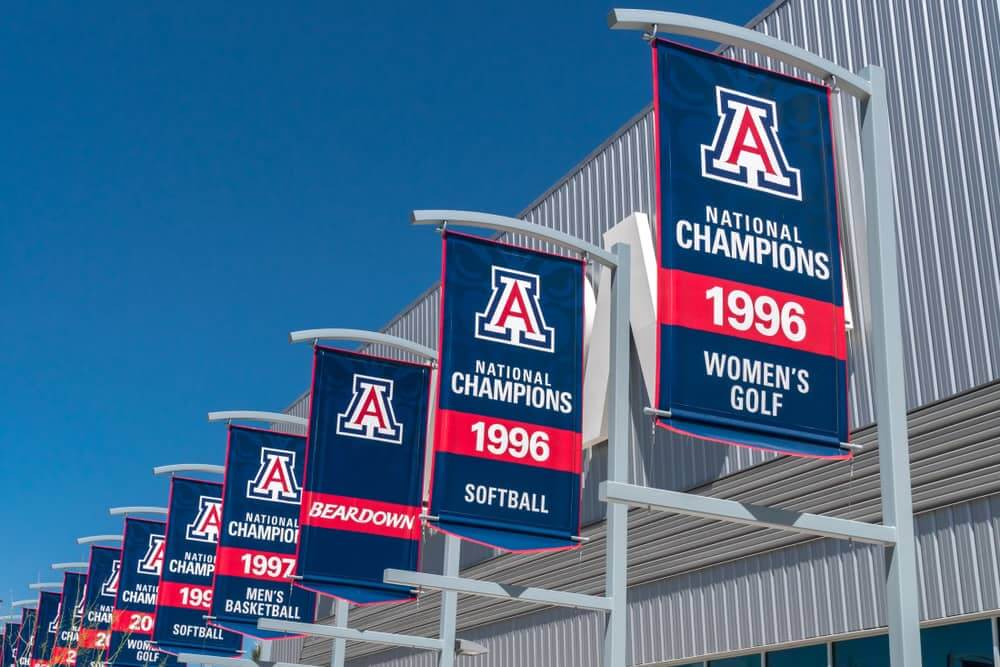 NBA lottery selection Bennedict Mathurin (17.0 ppg, 5.9 RPG) leads the Wildcats. The star guard continues to dominate, leading Arizona to a six-game winning streak, including victories over No. 13 UCLA and No.19 USC. Remember, in College Basketball, the key to winning it all is in the guard play, and Arizona has that. Sophomore forward Azuolas Tubelis has been stellar since his return from an ankle injury, and I really think Arizona at +750 is a significant number to bet. I would strongly consider betting Arizona as a futures bet to win the whole thing! Of course, the history of a favored Arizona in the tournament is not that strong but this team feels different to me.

Purdue’s Championship aspirations will go as far as point guard Jaden Ivey (17.4 ppg) can take them. I still envision his skills closely resembling UConn’s Kemba Walker back in 2011. The other worry with Purdue is the program’s history, which tends to follow up great regular seasons with disappointing results come NCAA tournament time. I would stay away from Purdue here, I think a Final Four run is possible, but I do not see them winning it all.

The Jayhawks lean heavily on the production of senior guard Ochai Ogbaji (19.9 ppg), who ranks 8th in the nation in three-point shooting converting at a 44.5 % clip. Christian Braun (15.3 ppg) and Jalen Wilson are the other two Jayhawks averaging double-digits in scoring. Kansas unsung player is senior forward David McCormack, and when he provides consistent scoring and rebounding production, the Jayhawks can beat anybody. I don’t see this team winning it all this year, and I would stay away from them on the future market.

The Tigers, to me, is an excellent futures bet! +1200 is an ideal number for a team that is well-coach and talented. Freshman forward Jabari Smith is the foundation piece for Bruce Pearl’s club, leading the team in scoring at 15.2 points per game. Auburn has been close to winning it all recently and will at worst be a number two seed, and if they win the SEC they will be a number one seed. Jump on this one, especially with one of our basketball bookmakers.

Coach K’s last tournament ride, and at +1500, but this is not a team that will win a national title. If you are sentimental and think they might win it all on emotion, go ahead and take a shot, but the Blue Devils will come up short. Freshman Paolo Banchero leads the Blue Devils, and Freshman Trevor Keels (12.1 ppg) is making tremendous strides heading down the stretch ahead of the ACC Tournament; this is a young team, and they have been upset some this year, and I think they lack the consistency to win it all. It will be interesting to see how they play knowing this is it for Coach K.

I like this team’s chances, and at +4000, it is worth a risk. The Houston Cougars were rolling through conference play just two weeks ago, going a perfect 9-0 SU (5-4) and fresh off an 80-58 beatdown of Cincinnati on the road. Then they got derailed by back-to-back losses to SMU and Memphis, rebounded with a win against UCF, and most recently held on for a 76-74 overtime victory against Wichita State on Sunday. The Cougars were in the Final four just last year, and this is an experienced, well-coached team capable of doing it again. The Cougars lost leading scorer Marcus Sasser (17.7 points per game) and critical reserve Tramon Mark, to season-ending injuries before Christmas but have remained very efficient on the offensive end of the floor. The injury losses are concerning, but you don’t have to bet much at +4000 to get a good payout back. Combine that with one of our sports betting site bonuses and you could see a huge payout at the end of the tournament.

March Madness has officially begun as Selection Sunday bestowed the brackets that ...

Players in Arkansas have been limited to just retail betting for the ...