The Maine House of Representatives advanced bill LD 585 last week. The bill would legalize sports betting in the state, both at retail sportsbooks and online. It also would grant the state’s native tribes exclusive rights to the online sports betting market. 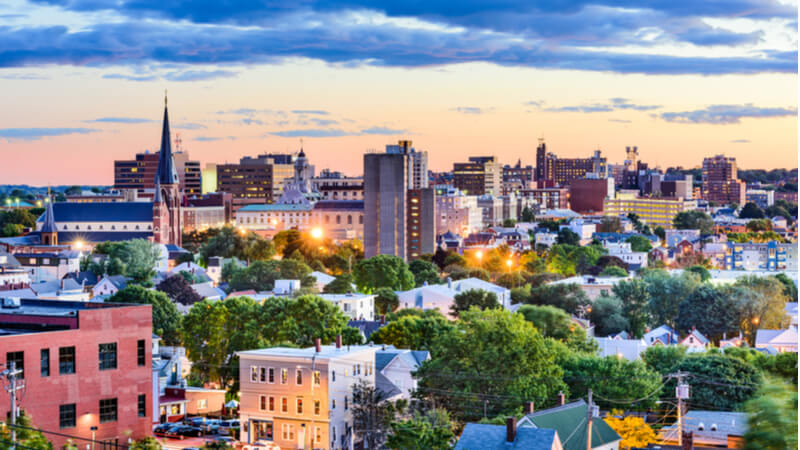 Legislators in Maine have long been working towards a bill to make sports betting legal in the state. The latest effort is LD 585, which passed the state’s House of Representatives last week. The bill is part of a larger “tribal sovereignty package” that also includes legislation that would provide tax relief for tribes and increase communication between the tribes and the state government to rectify legislation passed in 1980 that limits tribal rights in the state. The bill would allow the state’s two current brick and mortar casinos to open retail sportsbooks, but would grant tribal operators exclusivity in offering online sports betting.

Technically speaking, there is still already active legislation on the table that would legalize sports betting in Maine. Both the state Senate and House of Representatives passed LD 1352 in 2021, but it doesn’t have the support of Governor Janet Mills and has been stagnant since passing both chambers of state government. LD 1352 was a standalone bill rather than part of a larger package designed to benefit the state’s tribes, and it would have allowed for casinos to also operate mobile sports betting applications. LD 585 has the support of Governor Mills, but it still has a tough road ahead as it needs to pass the state Senate this week before their legislative session comes to an end.

After passing LD 585, House Majority Leader Michelle Dunphy was pleased with the success and the potential benefits for the state’s tribes. She told the Portland Press Herald “It will perhaps have an immediate impact on their prosperity. It will also, however, be another important step in a long journey over 500 years in the making – the journey of our communities transforming themselves from conquerors and occupiers among a proud people to becoming neighbors.”

Of the 53 members of the House to vote against LD 585, many of them expressed the reason for their dissent was the online exclusivity granted to tribal operators. They view the online market as the most attractive and lucrative piece of the market, citing studies that show up to 85% of sports betting revenue comes from online wagers. These concerns about fairness and access to the largest portion of the state’s sports betting revenue could potentially spur an amendment that would allow the state’s casinos to participate in the online casino and betting market as well.

Senator Joseph Baldacci discussed the potential amendment, and stated that there likely would be a provision in the amendment requiring casinos to share 6% of their online sports betting revenue with the state’s tribes. While proponents of the amendment say it is in the interest of fairness, Penobscot Indian Nation Chief Kirk Francis believes that the tribes would be unable to withstand the competition from casinos, effectively giving them the entire online side of sports betting. He stated “The amendment, while it’s being cloaked in fairness, is really detrimental to the tribal interest in that bill. This is a tribal bill for a meaningful opportunity in Maine’s gaming industry and we believe the inclusion of casinos with online platforms is going to crush any opportunities for the tribes going forward.”

Like many states, just a matter of time for Maine

While like most proposed sports betting legislation there are complexities and complications, also like most states, it is just a matter of time before sports betting becomes legal in Maine. Maine’s only neighboring state, New Hampshire, was one of the first states to jump on board with legal sports betting, and they now sit with Massachusetts and Vermont as the only states north of the Mason Dixon line and east of Ohio that don’t have some form of legal sports betting on the books.

After having multiple pieces of legislation fail in 2019 and 2020, and the 2021 legislation stagnating and not moving, sports bettors in Maine hope the state government can find a way to fairly distribute the revenue, and that this bill will be the one that makes it all the way through.

Discover the best US sportsbooks for May 2022