The latest news coming out of Wyoming is that legal sports betting operators could start offering their services to residents as soon as September.

If you’re a resident of the state, or someone who is curious about the latest United States gambling news, follow along below. We’ll outline how Wyoming got to this point, as well as what the law means for those looking to bet in the least populated state in the nation. How Wyoming Got Here

The truth is that Wyoming was very close to not allowing legal gambling in their state in the first place. In 2020 House Bill 225 came very close to becoming law when it passed through the house on a 32-27, but then failed to gain traction with the governor. Fast forward one year and House Bill 133 would fail in March 2021. It would be reconsidered though just a few days later and passed. On April 29th the Senate would pass the bill 24-5 and a week later one April 5th Governor Mark Gordon signed the legislation into law.

The Wyoming Gaming Commission finalized its rules this past Monday. They originally came up with a set of rules in June then held a 45 day public comment period. The rules largely remained the same from beginning to end, and the state is almost ready to start allowing operators to take bets. A September launch is in the works.

One of the biggest emphasis to getting the law passed was the revenue the state will be able to generate when taxing the gambling provider.

Much like Tennessee, Wyoming will only allow for sports betting through online sportsbooks. This means that there will be no brick and mortar retail locations for residents to place bets. Also, no existing casinos will have sportsbooks inside of them. Retail locations could be a possibility at some point in the future, but for now, residents will have to place their wagers through mobile apps, or desktop websites. 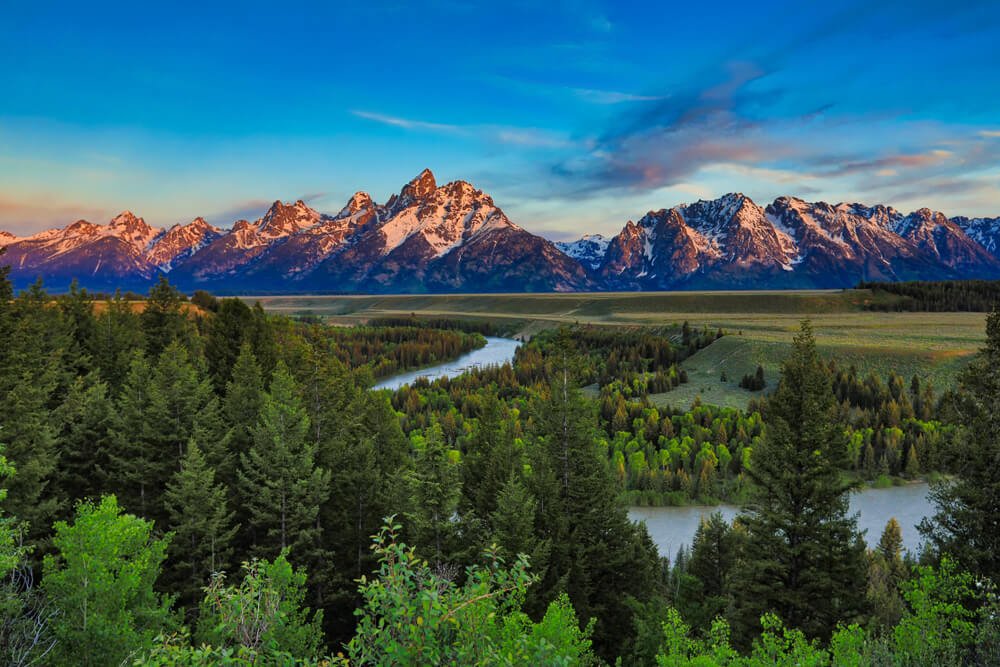 Whether in the city or the great outdoors, mobile sports betting has come to Wyoming

In the states rules there is no maximum of providers that can serve the state. In theory any mobile gambling provider could gain a license and serve the citizens of Wyoming. However, the low population number of the state (600,000 residents) likely limits it’s appeal and therefore limits the number of providers.

So far Barstool Sportsbook, Draft Kings, FanDuel, Bet MGM, SuperBook USA, and Golden Entertainment have all sent letters to the Wyoming Gaming Commission signaling their intent to enter the market. It is unknown how many of these providers will be available in September, and it is possible that others could join the herd as well.

Any provider looking to operate in Wyoming will pay $100,000 for a five year permit, a 10% tax on any sports betting revenue, and a $50,000 renewal fee after the initial five years.

If you’re a resident of Wyoming, or any state for that matter, and need to find what online sportsbook is best for you, look no further than our online bookmaker reviews.

Maryland Sport Betting is launching this week: Get more than $1000 in free bets from the start

Which other sportsbooks are going to launch in Louisiana?