LA Chargers Book Their Place in Play-Offs With Colts Win

Los Angeles Chargers claimed a commanding 20-3 victory over the Indianapolis Colts and booked their place in the play-offs. It marks the first time that the Chargers have made the play-offs since the 2018 season, and the team will be expected to play in the AFC wildcard games. 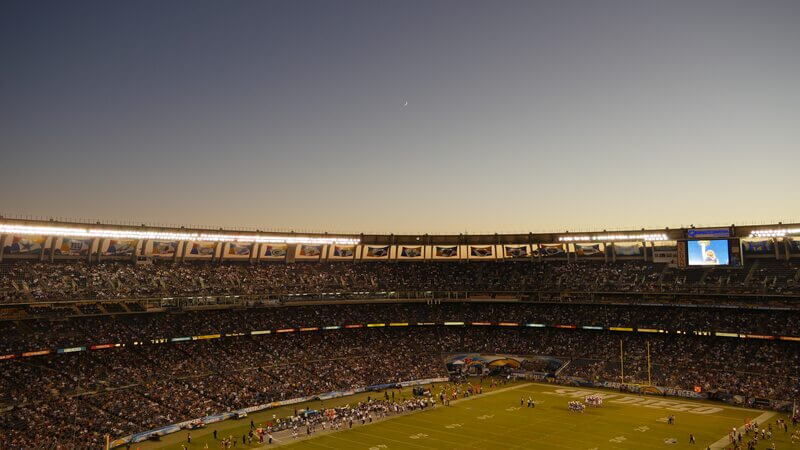 While the Chargers deserved their win over the out-of-form Colts, it took results elsewhere to give Los Angeles their play-off place. With defeats for New York Jets, Las Vegas Raiders and New England Patriots, the Chargers can now look back over one of their best NFL campaigns in years.

For a time, even the best sports betting sites will have given the Chargers relatively long odds to make their way out of the AFC West, but Brandon Staley’s team showed that they can get results when it matters.

This was especially so in the game against the Colts which saw the Chargers defensive unit in rare form. Much of this was down to the welcome return of legendary safety Derwin James who had missed the previous two games as a result of injury.

The first quarter of the game saw two interceptions for the Chargers, including one for James and there were no less than seven sacks for a rampant Los Angeles defence. It was a tricky game for the Colts’ quarterback, Nick Foles, who had to fill in after Matt Ryan was withdrawn following Indianapolis’ humiliating comeback defeat by the Minnesota Vikings.

Not that it was all about the Chargers’ defensive know-how, as the team’s offense was also in promising form. In particular, the Chargers’ quarterback Justin Herbert managed to get 235 passing yards, and Austin Ekeler got two rushing touchdowns.

Can the Chargers continue their good form?

It looks like Los Angeles are finally landing in good form at just the right time. The win against the Colts marked their third victory in a row following a tight 17-14 triumph over Tennessee Titans, and an impressive 23-17 win over Miami Dolphins.

Expectations are high that the Chargers should be able to continue their impressive run of results on Sunday’s game against the lowly 5-10 Los Angeles Rams. While form can go out of the window in these local derbies, the Chargers will know that getting a good result will be essential ahead of their game against the Denver Broncos on January 8.

Again, this should be a game for the Chargers’ taking with the Broncos sat bottom of the AFC West on 4-11. It’s all to play for in the final two games with the fifth, sixth and seventh wildcard seeds up for grabs.

Plus it’s going to be interesting to see whether the injured Chargers’ stars, Joey Bosa and Derwin James can recover in time for these critical games. So be sure to check the latest sports news and see whether the Los Angeles Chargers have what it takes to enter the NFL play-offs in style.

The best US sportsbooks for your NFL bets – selected by our team!