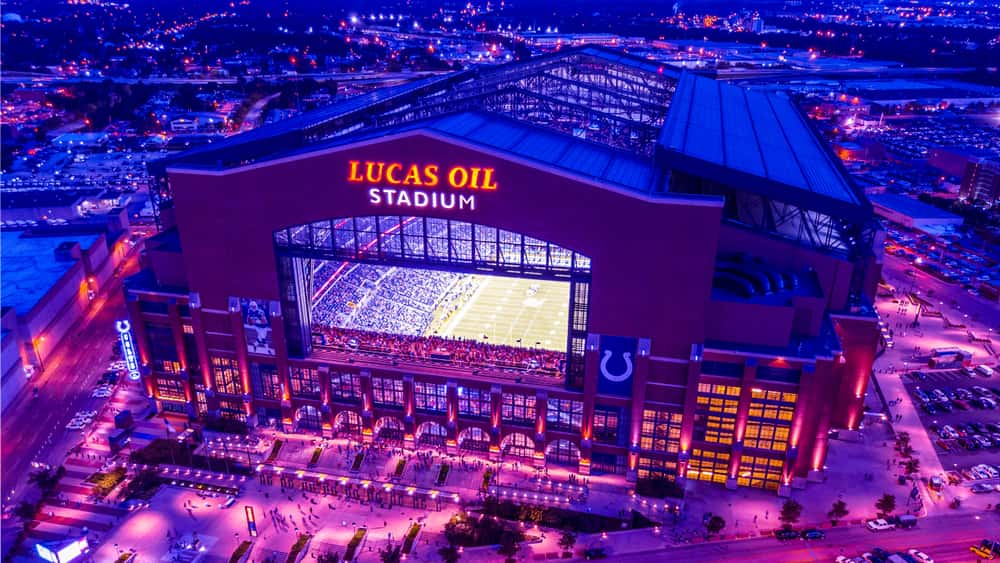 Week 9’s edition of Thursday night football sees the 3-5 Indianapolis Colts, fresh off of an overtime loss to the Titans, host the 2-5 New York Jets, a team full of optimism after a huge win over the Cincinnati Bengals.

Can Carson Wentz and the Colts get back on the winning track? Is Mike white the real deal at QB, or will he turn back into a pumpkin that’s been sitting out for a week after halloween? As always, we’re here to give you the best picks on the spread, point total, and props including anytime touchdown scorer. Don’t forget to follow along with the rest of the Week 9 action with our football odds comparison tool which allows you to see every game happening live and compare the odds given by multiple sportsbooks all in one place.

The spread for this game opened at 14 before moving to 10, then back to 10.5. A big reason for this is people assumed New York would play a certain way with backup QB Mike White. Then, the QB drafted in the fifth round by the Cowboys in 2018 came out in his first ever start and torched the Bengals for 405 yards and three touchdowns completing 37 of 45 passes in a 34-31 win. The big question here then is, will Mike White have a similar performance, or was this just a fluke?

To answer this question, let’s first look at the Colts. Most notably the Colts will be missing Guard Quenton Nelson, Corners Rock Ya-Sin and Bopete Keyes, safety Khari Wills, and wide receiver Ty Hilton. They’re also coming off of a heartbreak loss in OT to the Titans, a game that saw them start with a 14 point lead going into the second quarter. They barely made it to OT after Wentz gave an interception to the Titans in their own endzone when trying to throw away a pass. The Titans aren’t a great football team this year, and to be honest I’m surprised that they are even given a 10.5 point spread.

The Jets on the other hand, are playing with house money. They have nothing to lose, no expectations, and Mike White is riding a hype train unseen since Lin-sanity. The truth is, he doesn’t need to go and ball out like he did against the Bengals. The Colts are a worse team than the Bengals by a long shot, and as long as White can play above average football, the Jets will cover this spread. If you’re really drinking the White Kool-aid, tease the line down to +7.5 which will get you (+125) odds.

Here’s some nerdy stats for you: The Jets hit the over 16 times in their last 21 games when facing a team with a losing record. The Colts hit the over in four of their last five games. I know Jets and Colts doesn’t scream points, but hear me out. The colts have scored 27, 25, 31, 30, and 31 points over the last five weeks. They are putting up points, and will do so against a suspect Jets defense that allows over 29 points per game on average.

Even if the Colts do blow the Jets out by 10, and it’s a 30-21 game, the over still hits. If the Jets and White can get it done against the Bengals, they’ll move the ball against the Colts weak and injured secondary. Take the over.

The 6’5 TE we held without a catch on four targets last week. However, if you look at the four weeks prior, he had four touchdowns. Alie-Cox has become a favorite target of Wentz in the redzone and I’d wager that he’ll hit paydirt again in this game as the Jets have no one who can cover the big man in space.

Taylor’s been all over the place when it comes to receiving yards this season. He’s had weeks with 52, 60, and 116 receiving yards. He’s also had weeks with 2, 3, and 8. One thing that has been ticking up though is his targets. Over his last four games he’s been averaging over three targets per game. If he has three receptions tonight he should easily turn that into 20 plus yards.

One thing you can do to build your bankroll is take advantage of the many bonus codes and promotions out there. We have a whole page dedicated to bringing you the best bonuses from the biggest operators so you can take advantage of free bets and odds boosts.