This past week was full of upsets. The number one team Baylor dropped a second game within a week, losing to Oklahoma State 61-54. #3 UCLA played their rescheduled game against Oregon, and fell 84-81 in an empty stadium in LA. Indiana took down in-state rivals #4 Purdue 68-65. #5 USC lost their second game of the season, this time to Oregon (who toppled both Los Angeles teams) 79-69. # 6 Duke also lost to an undefeated team, Florida State won a close game 79-78. January NCAA Basketball has been upset after upset. As conference games start to shake up the possible March Madness seedings, get the best basketball tips  before the big tournament.

In the Big East, Marquette upset both #11 Villanova & #20 Seton Hall. Lastly, in the SEC #24 Alabama lost to Mississippi State, then unranked Alabama beat #13 LSU, but after LSU had already lost to Arkansas. 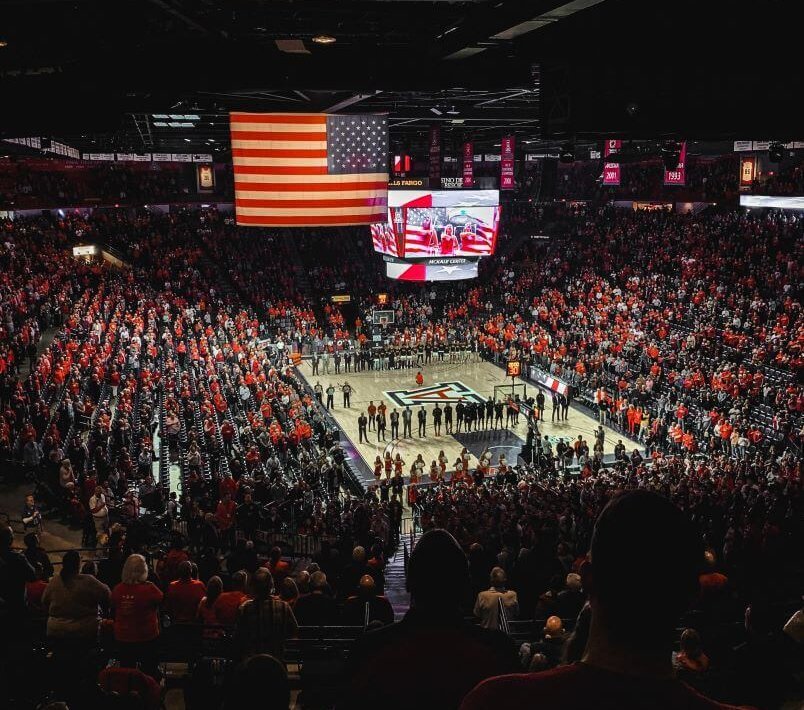 January NCAA Basketball will help determine who will get the #1 seeds in March Madness.

Currently 15-1 Arizona has only lost to currently ranked #24 Tennessee. The Wildcats are ranked first in NET rating (strength of schedule/opponents strength of schedule). Arizona beat Illinois, Michigan, Colorado, & Wyoming in all impressive wins, but this will be their first real test as then ranked #4 Michigan has fallen out of a top 50 consideration. UCLA is looking to come back from their embarrassing loss to Oregon. However, Arizona is playing both better offense and defense led by Bennedict Mathurin, who is shooting better than UCLA’s Johnny Juzang. Take the Wildcats in points and spread on the road.

Kentucky is rated too high at number 12, as they have not played enough quality teams. However, they did just beat both #24 Tennessee & Texas A&M this week. They will face their toughest opponents, since their first matchup with then ranked #9 Duke. Auburn is on a 14 game winning streak, beating teams like #22 Loyola Chicago, #13 LSU, & then ranked #24 Alabama. Auburn is the better team, so take the Tigers for the win.

Both of these teams have won against good teams throughout the year, and both are coming off of close losses. #14 Michigan State beat #8 Wisconsin 86-74, and recently were upset by an unranked 9-7 Northwestern squad. Illinois almost beat #4 Purdue, but ultimately fell to the Boilermakers 96-88 in double overtime. The Fighting Illini also fell to unranked Maryland for back to back losses. Watch Michigan State win back to back road wins.

These two teams played two weeks ago where Texas Tech upset Kansas in Lubbock, Texas. Now the Red Raiders have to travel to Topeka to take on the Jayhawks at home. Since that loss, Kansas has beat three impressive Big 12 schools including #15 Iowa State, West Virginia, & Oklahoma. Go for the Jayhawks at home in this rubber match.

LSU is coming off of back to back losses as they fell to both Arkansas & Alabama. Two weeks ago they beat Tennessee 79-67. This time they will have to travel to Knoxville, Tennessee. The Volunteers have only lost to ranked teams, and expect them to do the same against the Tigers. LSU has the better defense with their higher steals and blocks per game, as well as points given up to opponents.

January NCAA Basketball has been intense, & January NFL Playoffs are down to the Divisional Championship Series. Get all the updating odds as players like Derrick Henry and Leonard Fournette have been taken off of injured reserve.

Late January NCAA conference play has not disappointed. There have been teams ...