Betting.net, the number one destination for sportsbook and casino offers, is excited to announce a partnership with Mike Goodpaster and his well known sportspage, TheGruelingTruth.com. Betting.net has always brought you the top sports betting promotions from US sportsbooks, and now we’re proud to bring you one of the top sports minds in the business.

The Grueling Truth was started in 2015 by Mike as a way to give sports fans a real look into the life of athletes, coaches, and others in the sports world. No slants or agendas, Mike and his team have always given people a platform to tell their story however they see fit to tell it. As an Athlete and Coach

Mike Goodpaster is uniquely qualified to tell you about the inner workings of the sports world because he has been part of the sports world for the majority of his life. Growing up in Aurora, Indiana he was a three sport athlete in High School, going from Football in the Fall, to Basketball in the Winter, and Tennis in the Spring.

Mike’s coaching career was a much less planned endeavor than his athletic one. One night he, his wife Wendy, and three children were attending an arena football game near the town they lived in. After the game one of his son’s was talking to someone on the team’s staff and told the person that his dad had successful experience coaching youth football. Days later Mike received an email asking him to become the Defensive Coordinator of the North Kentucky River Monsters, a job he successfully held in 2011 before becoming the Head Coach for the Evansville Rage in 2012.

In his first season with the Rage he led them to a 9-3 season. The next season Mike led the now Owensboro Rage to a 7-3 season and a playoff berth. Goodpaster then moved over as Head Coach of the Northern Kentucky River Monsters and took that team to a 6-2 record and an appearance in the Conference Championship game.

It was at this time in 2015 that Mike decided he would stay close to home, coach his son’s High School Football program, and start The Grueling Truth. Unsurprisingly, both endeavors have turned out to be incredibly successful. From its inception, The Grueling Truth has bucked the trend of talking heads giving out hot takes. Instead, educated hosts like Joe Kelly, the former Cincinnati Bengal Super Bowl linebacker, give educated insights on his Bengals podcast alongside Goodpaster and former Ram Tony Hunter is the man on the mic for his Rams show. On these shows you can constantly find Mike giving odds for upcoming boxing matches or whatever other sport is relevant.

“The Grueling Truth” isn’t just a moniker and isn’t just for Mike. Goodpaster has invited numerous high profile guests to share whatever stories they choose, and talk about issues many other sports news sites won’t dare to touch. Goodpaster has had wives and family members of football players who have passed away due to CTE on his program before sharing their stories. He also had former player Jerry Ball discuss how the NFL Players Association themselves actively worked to deny settlements to NFL players suffering from CTE and other long-term football-related injuries.

Another feature that distinguishes The Grueling Truth from others is their ability to get high profile guests for long format discussions. Many sports news programs get a guest for five or ten minute segments. Goodpaster has been able to get the likes of George Foreman, Tom Flores, Larry Holmes, and many others sit down for hour-long interviews. Through these thoughtful interviews you get a feel of who a person is, and what it is really like to be in their shoes and experience the things that they have lived.

By 2018 The Grueling Truth was amassing such an audience that it outgrew its original servers after crashing them due to the traffic being driven there. At this point it had a team of expert writers covering all different types of sports, betting content like the top baseball odds, and hosted close to 50 different podcasts. The company then started sending credentialed reporters to NCAA football games and Boxing matches to do live coverage. 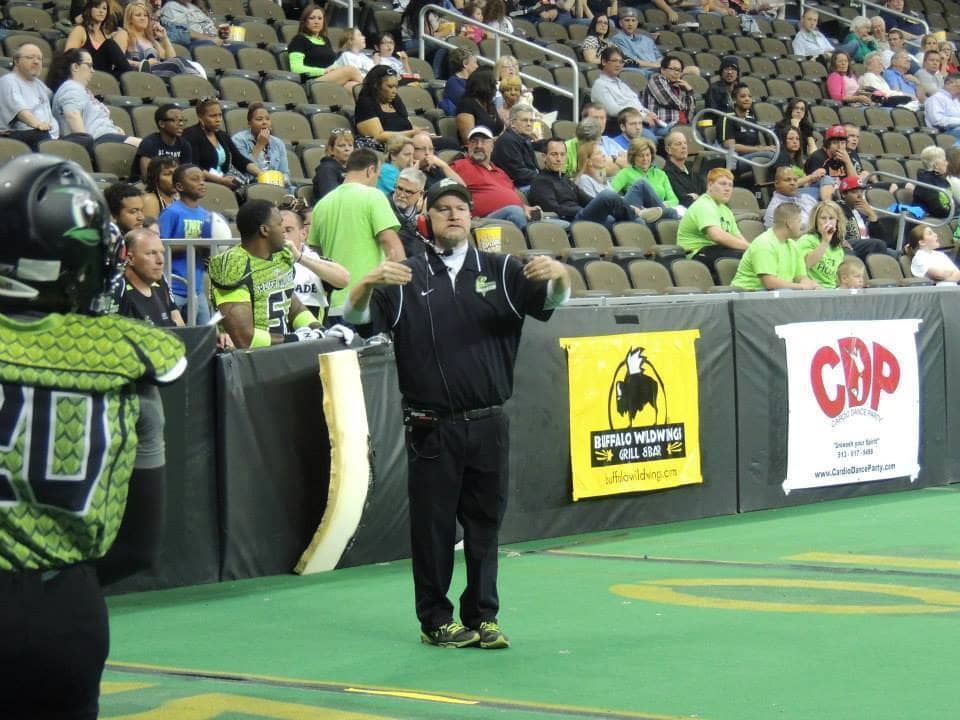 Why Mike Goodpaster and The Grueling Truth is a Great fit for Betting.net

Whether he’s been coaching, or building out TheGruelingTruth.com, Mike has brought success with him at every step. Goodpaster attributes that success to the relationships he’s able to form with people along the way. When he was a coach, he didn’t judge success off of the wins and losses, but off of the positive affect he was able to have on his athletes.

He will bring thought provoking pieces to all sections of our site and help you pinpoint the best football betting sites all season long. You can also expect Mike to produce the most thought provoking Football, Boxing and wider sport content that you will get to enjoy only on Betting.net very soon. Take Mike’s insights combined with our list of the best bookmakers online and start making money today.