Imola, Italy. Formerly known as the San Marino Grand Prix and what the sponsors now want us to call the ”Formula 1 Rolex Gran Premio Del Made In Italy e Dell’Emilio-Romagna 2022”. I’m not joking and I didn’t make it up, that’s the official name of this weekend’s race. Personally, Imola has always been one of my favorite tracks and it’s an old fan favorite too. The 4.9km circuit is an old school circuit with no run off areas, meaning the drivers have no room for error as they will be off into the grass or in the gravel trap and, their race will be pretty much over. Imola was a track that was featured yearly on the F1 calendar until 2006. During the height of the Covid-19 pandemic we had quite an uncertain season ahead with most of the races being cancelled due to the restrictions in place. To the fans’ and drivers’ delight, F1 introduced some never before featured tracks and some old familiar names were re-added to the calendar with Imola being one of them. Make sure you also check out the best sports betting sites to make the most out the upcoming weekend! 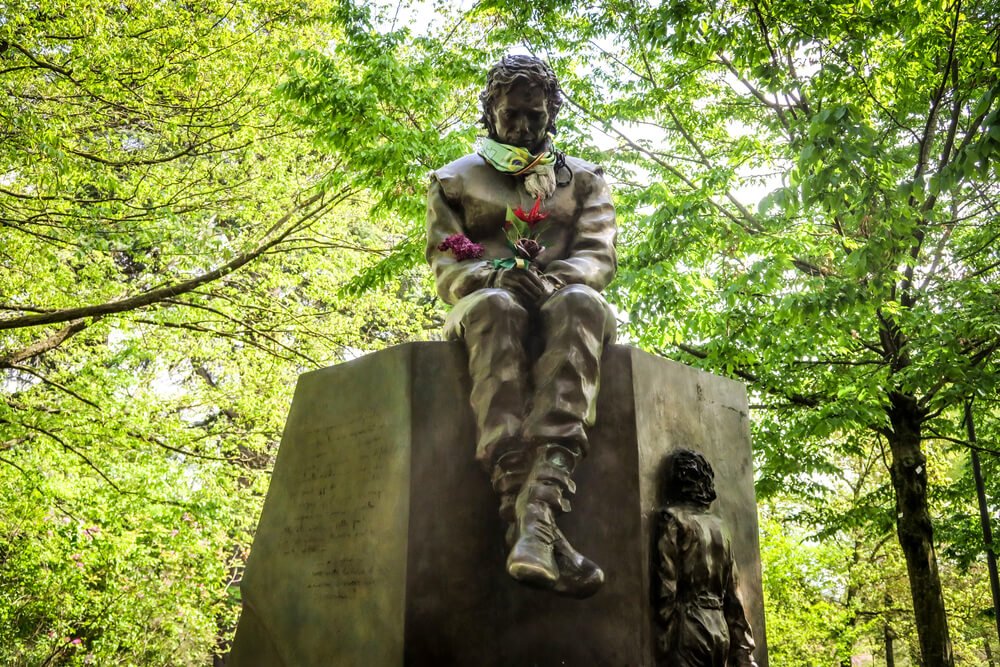 Sitting quietly: Aryton Senna’s memorial behind the barriers at Imola

I’d highly recommend taking a look at some of the onboard footage from 2020 and 2021 as the racing in Imola is hard, tight and fast. The circuit has also seen its dark days, with the 1994 San Marino Grand Prix standing out as being the worst weekend in the sports’ history. That weekend we saw Rubens Barichello crashing heavily (225km/h) in qualifying at the chicane between turns 16 and 19. Barichello was knocked unconscious, broke his nose as a result but lived, although he didn’t take part in the race. We sadly lost Roland Ratzenburger in qualifying after a huge impact (240+km/h) in what was his first season in F1. And finally and probably the most regrettable, we lost the great Ayrton Senna during the restart of the race, on the 1st of May 1994. Considered to be the greatest racing driver of all time, Aytron was truly special. His bronze statue memorial sits quietly behind the barriers, just metres away from where the impact that sadly took his life had occurred. We see the drivers almost religiously visit his memorial every time they race here in an act of admiration and respect. A chilling reminder of just how dangerous motorsports can be but also, a reminder of how far we’ve come in terms of driver and spectator safety.

Our Favorite Promotion you can use for the Imola Grand Prix It’s been such a dreamy start for Charles Leclerc and his army of Tifosi supporters. Ferrari fans world-wide are as excited as ever for what is expected to be another spell of Ferrari dominance this weekend. The team in red is expected to bring an upgrade package to Imola, albeit not much of a significant one seeing that their performance has been exceptional from day 1 in pre-season testing. It’s amazing how they got this new regulation formula just right, with no upgrades since. The word from the grapevine is that they will be bringing in a new floor and possibly an upgraded diffuser. Not the ideal weekend to be trying out new things on a car as this weekend we’ll be once again witnessing the new(ish) sprint format. If I was Mattia Binotto, I’d stick with the ‘if it ain’t broke, don’t fix it’ mentality and just wing it.

As was the case last year, The F1 sprint will be a 100km mini race with no mandatory pit stops and drivers racing flat-out to the chequered flag. Previously we saw the top 3 finishing drivers awarded extra points, which proved to be crucial during last year’s championship. This year, points will be awarded to the top eight finishing drivers. A nice mix, although I doubt it will worry Leclerc much at this stage. P1 will receive eight points, rather than three with each subsequent position being awarded one point less. These points will apply to both championships, being drivers’ and constructors’. Sounds fruitful and entertaining, right? So far the sprint weekend produced some interesting racing but it bunches up the order slightly for the race on Sunday, where the format will remain unchanged, So what’s the deal? Here’s how the format will look like for this weekend:

Your regular first practice. Teams will gather as much data as they possibly can to get ready for what’s to come later on that afternoon..

Wait, what? Yes, after just one practice session we’ll jump into qualifying on the Friday Afternoon. The qualifying format will remain unchanged and will determine the starting positions for the Sprint race happening the following day.

The teams and drivers will get another form of a free practice session where they can load the cars with some fuel and check their race pace and to get them ready for the forthcoming Sprint Race.

A 100km race, no mandatory pit stops, just full on racing. What are they racing for? The finishing order, which will determine the grid positions for Sunday’s Grand Prix. In other words, if Lewis Hamilton qualifies first on Friday but finishes third at the sprint race, he will start the race on Sunday from third on the grid.

Drivers start the race according to the position they finished during the sprint race. Sounds like fun, right? Probably. Is it really necessary? Perhaps not. Maybe I can be labelled as a traditionalist but I still think that qualifying should still determine the start of the Grand Prix on Sunday. Have a Sprint race sure but, it should be a separate championship or the starting positions for the sprint race should be determined by the drivers’ championship allocation. Anyway, rant over.

This format gives you more options in terms of betting. I’ve already seen some pretty good markets with Betfair in Europe giving some betting opportunities to cover the Sprint format. Its US counterpart, FanDuel, doesn’t seem to be offering the same markets. Why not have a look at the best bookmakers we recommend to check your options? Still your safest bet is on the Scuderia but, don’t discount RedBull as they will be looking to make up some points due to their unfortunate set of circumstances in the first couple of races. Mercedes are riding whatever wave of success they can find and as they continue to progress and upgrade their car, I believe that they will eventually find themselves in a top three fight especially with RedBull in terms of the constructors’ championship. Watch out for Sergio Perez this weekend, he seems to love this track as it always goes well for him here, there’s a few onboard footage with hame going wheel to wheel with Alex Albon and Esteban Ocon at the last two races. Given his form recently and the fact that he doesn’t have a seat for next year as his contract only has him signed until the end of the season, he’s definitely got something to prove.

Our Top Providers for Betting on The Imola Grand Prix

Other Drivers in the Mix

Imola is technically the home race for Italian outfit, Alpha Tauri. They use the track for any testing as their factory is located a few Kilometres away from the track. Given that they’re RedBull’s sister team, you’d expect them to be given some of Adrian Newey’s aero goodies! Not the case unfortunately as they seem to be on the backfoot and struggling this year, which is a shame as they have some really amazing drivers in the form of Pierre Gasly and Yuki Tsunoda. They would really like to get a great result at their home race this weekend, possibly a team to watch out for. Technically this is a home circuit for Alfa Romeo but not quite the way you might expect. Alfa is actually the Swiss firm, Sauber who’ve been in racing from the 80’s. The current deal is that they’re rebranded as Alfa Romeo, who’s obviously Italian, and who run Ferrari power. The marketing team and top bosses at Alfa would most definitely like to see them perform. Another Ferrari powered team is Haas with Danish driver K-Mag being very active and present in his races. You’d expect Ferrari to give both these teams their full support in terms of mechanical and engine help. Because what else would make Ferrari assert their dominance more than their team form? By having their engine customer teams finishing in the points, behind them of course.

There are three races in Europe that we refer to as the ...