Hawaii are likely to introduce sports betting tax rate of 55% – even higher than the newly legalized New York sports betting tax. This has caused some concern amongst many sports bettors in Hawaii, but perhaps you shouldn’t have to be worried! 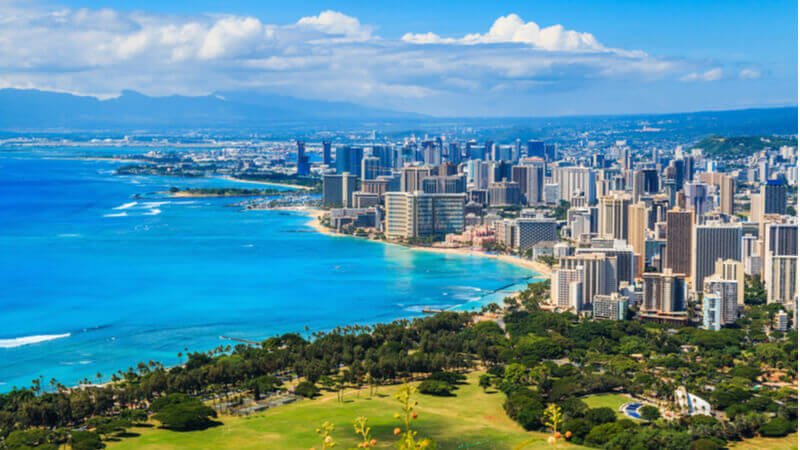 Currently, Hawaii is one of only two states in the US with no gaming options available, the other being Utah. This means no casinos or lotteries can be found in either of these states. However, Representative John Muzino claims that sports betting is already prevalent across the state, and Hawaii might just as well take advantage in terms of taxes.

House Bill 1815 is the new legislation being suggested by Muzino. The 55% tax rate, which is set to be the highest in the US, is only one part of this proposed legislation, however, the rest of the bill remains largely unclear.

The Bill claims that it “creates the online sports wagering corporation to regulate and administer sports wagering in the State over the Internet”. However, the rest of the details are still relatively unclear at this time.

Who pays the hefty taxes?

Understandably, many sports bettors have been worried by this news. After all, 55% is a hefty amount of tax to pay, the highest tax rate in the country in fact. However, it’s not the bettors who need to be worried in this situation.

The taxes have to be paid by the sports betting sites, as was confirmed by Muzino. This in itself creates another problem, in that many operators are not keen on entering a market with such high taxes. We saw the same happen with a number of potential operators who wanted to launch New York. A number of top bookmakers withdrew their applications due to the high tax rate that was being implemented, which is 50%.

It remains to be seen how these tax rates would affect operators. However, as we have seen with New York, there are some operators who aren’t too fazed by the high tax rates and have continued with their planned operations. Hopefully we’ll see the same in Hawaii.

The House Bill is only in its first of three phases. The bill now needs to pass through the Hawaii House of Representatives. Once that step has successfully been completed, the bill must be approved by the Hawaii Senate and signed by Governor David Ige. Finally, the bill also needs the approval of the Federal Government.

It’s a long process that is likely to take several months, so at this point in time it’s very much a waiting game. We’ll have to wait and see what happens and whether House Bill 1815 will make it through all of the necessary steps.

There’s no timeframe as to when we might see this bill implemented as yet. Until there is we’ll keep our eyes open for further igaming updates and ensure that you are always kept informed of the latest developments in this story.

NY is open – your ultimate guide and best promos for betting on the Nicks, Jets, Nets and Mets

It’s official – New Yorkers now have the freedom to place a ...

Which sportsbooks are legal in New York 2022?

Betting in New York as a New Jersey resident 2022

There are plenty of people who are registered to bet in New ...