This past weekend saw the launch of mobile sportsbooks in New York state. It was the first official rolling out of legal sports betting in the Empire State with another 5 online sportsbooks set to launch in the near future as well. The opening weekend could not have gone any better for the 4 sportsbooks that launched which included major platforms like FanDuel, BetRivers and DraftKings. 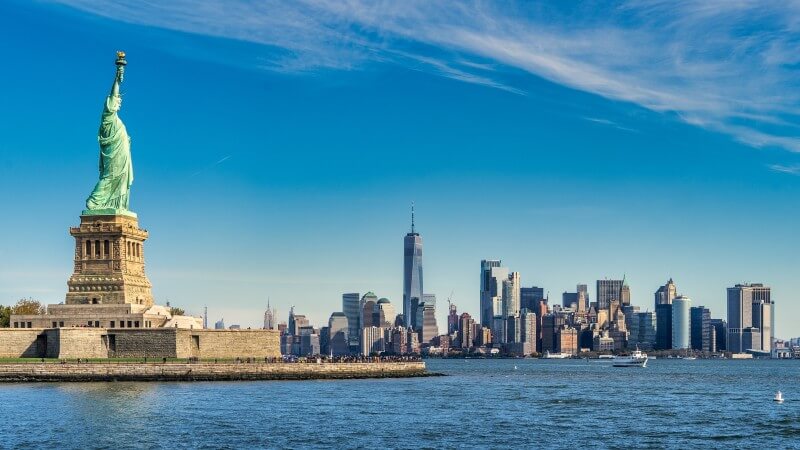 The platforms opened with massive success as New Yorkers were clearer raring to go with legalization of sports betting in their state. Players flocked to the sportsbooks prior to the opening weekend and were also treated to some of the best sportsbook bonuses we’ve seen to boost their initial betting sprees as well. The timing of the launch was perfect as it coincided with the last round of regular season games in the NFL which no doubt gave the initial revenue numbers the major boost that was seen over the weekend.

As every sports betting fan in New York knows, you would have to cross state lines into New Jersey in the past if you wanted to place a couple bets on your favorite teams with the top bookmakers around. This is no longer an issue for those fans as they can now bet on their favorite teams from the comfort of their New York homes.

Long has New Jersey reigned as the king of online sports betting and casino gaming in the US. They have pulled in some fairly ridiculous numbers when it comes to revenue per month and they are continuing to do so. With the introduction of legal sports betting in New York though, how much longer can New Jersey keep this dominance up? It’s safe to say that a large chunk of the New Jersey player base can be attributed to New Yorkers who didn’t have anywhere else to place their bets. Now that they can bet within their own state lines it will be interesting to see how it affects their revenue numbers.

There is probably no need to panic just yet, as New Jersey has built up their grip on the gambling industry for far too long now for it to simply dissipate in the wake of legal sports betting in their neighboring state. However, we may just start seeing a steady increase in the revenue stream for New York sports betting that could put them near the top of the biggest gambling states in the US. Could there be anything to stand in the way of the US’s 4th most populated state from hitting the peak of online sports betting revenue?

Obstacles NY sports betting have to deal with

While every sports betting fan was excited to finally be able to bet on their beloved sports teams in New York, the sports betting sites themselves were perhaps not quite as ecstatic. You really only need to look at a handful of advertisements to see the kind of capital that the biggest sportsbooks in the US are putting into their marketing campaigns. The sportsbook market is incredibly diluted with plenty of top-notch platforms. This means more money is needing to be spent to catch the eye of new players.

In addition to this, New York has set their tax rates on these sportsbooks at a debilitating 51% which makes the prospect of earning in the state a little less appealing. Sure, these sportsbooks are already in the state as it stands but there isn’t much stopping them from bailing out after their first contract has run its course. DraftKings and Pointsbet shares have already plummeted in the last year which goes to show that not everything is as it seems in an industry that is supposedly booming. It really is survival of the fittest in the sports betting world and surviving in New York with those tax rates may make it that much more difficult for these platforms.

So, you’re here to find out if BetMGM sportsbook is legal and ...

Betting in New York as a New Jersey resident 2022

There are plenty of people who are registered to bet in New ...

Jets, Giants, Knicks, and Mets fans will be pleased to hear that ...

Which are our favourite sports betting sites of ? Welcome to our ...