We have one of the best Monday night games of the year on Monday when the 8-4 Rams travel to the 10-2 Cardinals in a key NFC West matchup. If the Rams want to have any chance at winning the division Monday night is a must-win game, while a Cardinals win would likely put the Cardinals out of reach from the rest of the NFC West.

The Cardinals got Kyler Murray back last week after he missed the previous 3 weeks due to an ankle injury and he picked up where he left off and led the Cardinals to a 33-22 road win over the Bears. The Rams have lost 3 of 4 games after getting off to a great start and will be looking to turn things around in hopes of making a big playoff run. Head over to our Offers Page if you want to place a wage on this big matchup in the NFC West. 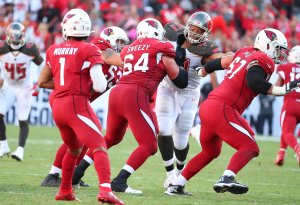 The Cardinals are only 2.5 point favorites at home despite beating the Rams 37-20 earlier in the season in LA. The oddsmakers probably are factoring in that the Rams will come out swinging with their season on the brink in a crowded NFC playoff picture. A loss by the Rams will leave them fighting for one of the two wild-card spots with the 49ers, Vikings, and Eagles. The last time Kyler Murray played in front of the home crowd was the Cardinals heartbreaking loss to Green Bay, so Murray will probably be fired up to have a big night on the national stage.

Kyler Murray threw for only 123 yards in the Cardinals win over the Bears last week and he will be chomping at the bit to get the ball in the air again at home. Murray will have a healthy Deandre Hopkins for the first time in weeks and I think Murray and Hopkins both have big nights on national TV in front of the home crowd. On the other hand, I don’t see Stafford throwing over 283 yards against a Cardinals team that is only allowing 205 yards per game in the air all year which is the fourth-best in the NFL.

Hopkins only had 2 catches last week against the Bears and figures to be a big part of the Cardinals gameplan back at home as the Cardinals look to get some offensive rhythm heading into the playoffs. Hopkins and Kirk both should have big nights and I think both players will have close to 100 receiving yards if not more. On the other hand, a player I think will continue to struggle is Odell Beckman, who has not delivered the explosive plays so far that the Rams thought they were getting when they signed him last month. 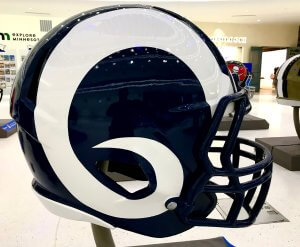 The Rams need to pull off the win on the road to have any shot at the NFC West title.

Matt Stafford is starting to feel some pressure after getting off to a great start with the Rams. The Rams have lost 3 of 4 and Stafford has struggled against good teams and many are wondering if he is reverting back to the type of inconsistency that he showed during his tenure in Detroit. Stafford and Sean McVay will both be facing the heat if they fail to get past the first round in the NFC playoffs after entering the year with Super Bowl aspirations.

Week 4 of the NFL season kicked off last night with the ...