The parity in NFL this year has made this the most interesting NFL season in many. Currently, only the Green Bay Packers have clinched a playoff spot, that is it. Only five of the 32 teams have been eliminated with even the 4-10 New York Giants still fighting for a playoff spot. Now is the perfect time to capitalize on low odds for different playoff contending teams. Let’s take a look at the NFL Playoff picture odds for each team making the playoffs/winning. Continue to compare odds for all the NFL action in Week 16 with our Football Odds Comparison Tool. 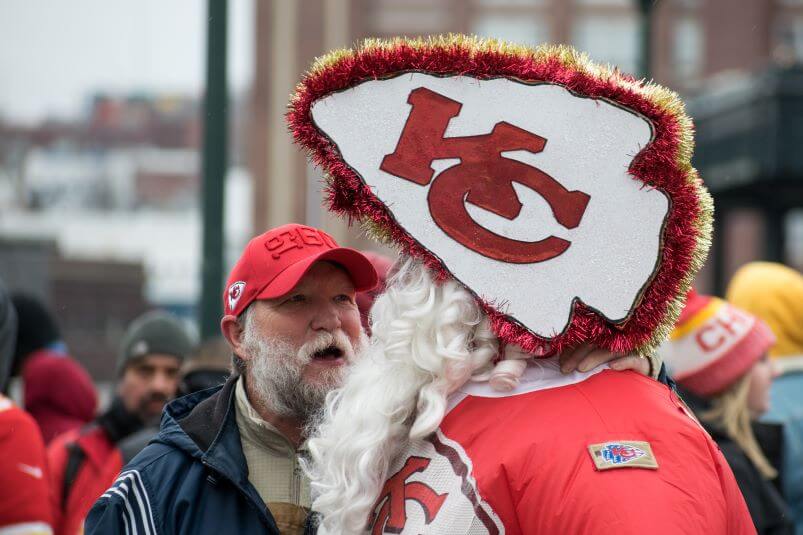 They are the only team to have clinched a playoff berth so far by clinching their division. They are Super Bowl favorites and have the best record in the NFL.

The Cowboys have essentially won their division (99.8%). Their strong defense made them a better team this year.

The Buccaneers basically won their division too (99.9%), but losing against the Saints last week 9-0 showed how mortal they are.

The Cardinals currently are in first in the NFC West with a tied record to the Rams. If they don’t win the division (60% they will), they will make the playoffs as a Wild Card team (99.6%)

The Rams have a 97% chance of making the playoffs, They have a 38% chance to win the division at the moment, and are almost secured as a Wild Card Spot. Playing the Vikings, Ravens, & 49ers won’t be an easy task though.

Still technically in it for the Division (3%), they have an 80% chance to make the Wild Card holding at least a one game league to all the other NFC Wild Card teams.

The Saints have the best odds of the 7-7 teams to win more games and claim the last playoff spot (53%). They play the Dolphins, Panthers, & Falcons to end off their season.

The Chiefs have had a pretty nice comeback, riding a seven game winning streak, but still are not guaranteed in the playoffs yet (99.5%). They most likely will win the division (94%), though the Chargers could still possibly win it. The Chiefs are an early Super Bowl favorite along with the Packers.

Despite losing to Indianapolis, the Patriots still have a 99% chance of making the playoffs. They are favorites for their own division and hold a one game lead over other potential-Wild Card teams.

The Bengals have the best odds to win the volatile AFC North at 40%. However, the Ravens have a 35% odd, Browns are at 15%, and Steelers are at 10%. Overall the Bengals have a 52% chance of making the playoffs.

The Colts have been hot after a disappointing start this season. They have a chance to win clinch their division (about 25%), but hold a 91% shot of making the playoffs.

The Chargers hold a 78% chance to get into the playoffs, despite only having a 6% chance of winning the division. They held up pretty good against the Chiefs in overtime this past week.

The Bills are currently looking at an 82% chance of making the playoffs. Having that extra win over teams nine through 13 greatly increases their odds (that and the fact they get to play the Falcons and Jets in the last two weeks of the season).

Christmas is a great time for betting on all sports not just the NFL playoff picture, check out all the newest sports news stories breaking down the best betting tips to win big this holiday.