DOJ Crack Down On Offshore Bookies

Earlier this year, the scourge of offshore bookies came under the spotlight. AGA (American Gaming Association) penned a letter to the US Department of Justice and Attorney General Merrick Garland. AGA made it clear that the threat from these offshore operators is becoming significant. 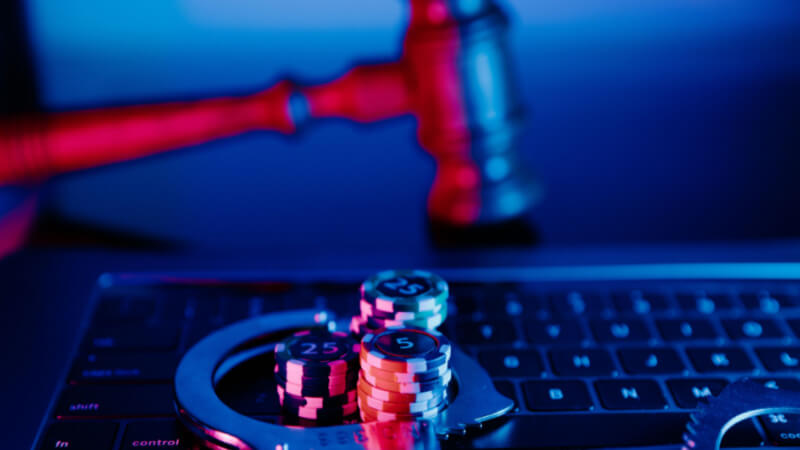 Bill Miller, President of AGA, described offshore bookies as sophisticated entities preying on “vulnerable customers.” In this initial letter, three well-known offshore operators were named the most pervasive: Bovada, Mybookie, and BetOnline. To illustrate this issue further, the AGA provided statistics to show how many Americans search for these bookies. In a 2020 AGA study, it was found that 52% of sports bettors participated in the illegal sports betting market. The same study also found that although 74% of bettors say that it is important to only bet on legal markets, 84% of them were unaware that they were betting on illegal platforms.

These illegal offshore bookies can take your money and run when they want, and there are no regulatory authorities that they have to answer to in the US. It makes it very easy for them to take advantage of customers.  AGA appealed to the DOJ as they are the only government agency capable of sending a message to these illegal and predatory online bookmakers by launching investigations into their nefarious activities.

The story so far

The DOJ has had a massive impact before, albeit on home soil. Those old enough will still remember “Black Friday,” a day that will live in infamy for US online poker fans. In the United States v. Scheinberg case, the DOJ brought a federal criminal case against three major online poker companies: Pokerstars, Full Tilt Poker, and Cereus. The argument was that these operators violated the Unlawful Internet Gambling Enforcement Act (UIGEA) promulgated in 2003. The aftermath of this case was the mass extinction of online poker in the US.

There has been some criticism from the online gambling industry of this push by the AGA. Jeffrey Benson from Circa Sports suggested that instead of targeting offshore bookies, the AGA should invest its energy into creating a better-regulated market in the US, as many Americans cannot bet legally in the US. He insinuated that fewer Americans would look to offshore bookies if they had more choices in the US.

Lobbying to take down offshore bookies received fresh air in June 2022 when 28 US representatives again signed a letter to Garland and the DOJ to take down Bovada, MyBookie, and BetOnline. Dina Titus and Guy Reschentaler of the Congressional Gaming Caucus led the charge and reiterated these offshore bookies’ abusive and predatory actions. The letter stated the following:

“These predatory operations expose our constituents to financial and cyber vulnerabilities; do not have protocols to address money laundering, sports integrity, or age restrictions; and undermine states’ efforts to capture much-needed tax revenue through legal sports betting channels.”

The letter called on the DOJ and Garland to aggressively pursue and punish illegal offshore bookies and further educate the American public regarding the dangers of using these illegal platforms. The letter requested a response from the DOJ by the 6th of September 2022, just in time for the 2022 NFL season. Bill Mayer was thrilled by the support from congress in taking such a hard stance against illegal operators. However, it is unclear if any actions by the DOJ would have a lasting effect on this industry. The DOJ would have to spend millions of tax dollars on investigations, and history has shown that illegal online casinos and sportsbooks are resilient, even against pressure from regulators and payment providers.

Another option would be for the state legislature to tip-toe across a minefield to make sure that they create an environment conducive to competition that would attract US customers. On the other hand, they would also need to see that the tax revenue does not damage the industry. This would most likely be a better approach to the problem, as attacking these illegal bookies on an international level could turn out as a useless exercise.