The Saints got pummeled by the Bills on Thanksgiving night 31-6 and will look to bounce back at home in their second consecutive Thursday night game as they take on the Cowboys. The Cowboys have dropped 3 of 4 and lost a heartbreaker to the Raiders on Thanksgiving day 36-33.

The Saints have lost four straight games and are on the verge of falling out of NFC playoff contention in the crowded NFC so they really need this one at home. The Cowboys have a 2 game lead over the Washington Football Team in the NFC East, but are hoping for much more than just an NFC East Title this year and will look to regain their mojo from earlier in the season. 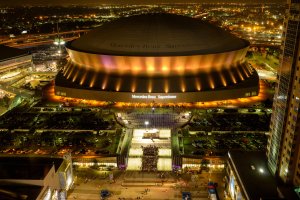 The Cowboys are five-point favorites over the Saints on the road despite losing 9 of the last 11 games against the Saints and haven’t won in New Orleans since the 2009 season when Tony Romo was under center. Drew Brees is no longer at quarterback for the Saints so you can throw out the recent history when it comes to this matchup and the oddsmakers think this Cowboys team has the upper hand in this matchup. Our bookmakers page is a great resource if you want to compare odds from multiple operators

Sean Payton will be motivated to have the Saints offense rebound from one of the worst offensive performances against the Bills (6 Points) since he became coach in 2006. When you factor in the Saints offense bouncing back with the Cowboys passing attack likely taking advantage of a questionable Saints secondary, we could be looking at a high-scoring game. While the over/under is one of many bets that stand out in this game, our football strategies page is worth a look if you want to keep an eye on other odds you may be able to take advantage of.

Who Starts at QB for Saints?

The Saints are hoping Taysom Hill is ready to go to start on Thursday night after battling a recent foot injury that has kept him out of the mix over the last several weeks. Hill will provide a much-needed spark to a Saints offense that has struggled to move the ball in recent weeks and been without their key playmaker in Alvin Kamara. If Hill and Kamara are both good to go the Saints should be able to move the ball against the Cowboys and keep this game close.

McCarthy out with Covid

Cowboys Head Coach Mike McCarthy will be out on Thursday night after entering Covid protocols which couldn’t come at a worse time for the Cowboys. Defensive Coordinator Dan Quinn will serve as the interim coach for Thursday’s game and will be a familiar face for Saints fans who faced Quinn in recent years when he was the Head Coach for the Falcons.

Amari Copper Should be Back 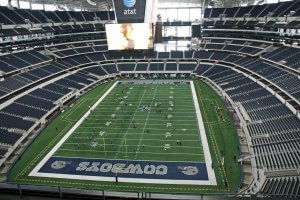 Amari Cooper has missed the past couple of games due to Covid-19 protocols but was activated on Tuesday afternoon and will be ready to play against the Saints. Cooper was off to a great start through his first 9 games with 583 yards and 5 TDs, as he and CeeDee Lamb give the Cowboys one of the best wide receiver Duos in the league.

Keys to the Game

Sean Payton realizes how bad the Saints need this game if they want to have any chance to make the playoffs and he will likely have to generate some creativity on the offensive end to keep up with the Cowboys. If Taysom Hill and Kamara are both deemed healthy enough to play Thursday night, be on the lookout for some creative play calling that takes advantage of both players’ versatility.

The Saints have played very well against the Run this year and rank third in the league with only 91.9 yards per game through the first eleven games. Ezekiel Elliott struggled in the Raiders game with only 29 yards on 9 carries and may be kept out of the Thursday night game. His absence might be a positive thing for the Cowboys as Tony Pollard has a better rushing average (5.3) over Elliott (4.5) and could free up the Cowboys to attack the Saints secondary where they rank in the bottom third of the league and allow 250 passing yards per game.