The Colorado Division of Gaming released the details on sports betting activity in the state for January 2022. They announced a total of $573,720,213 in wagers placed during the month, shattering the previous high watermark. 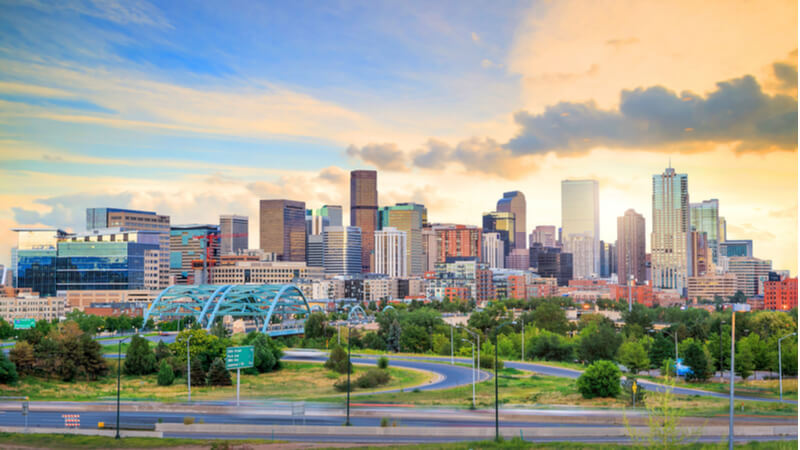 January of 2022 set a new all-time high in Colorado sports betting revenue per reports from the Colorado Division of Gaming. The numbers released showed significant growth in a variety of areas, with more than $573 million taken in besting the previous high of $491.5 million set in October of 2021 by more than 16%. January’s figure was up more than 24% compared to December of 2021, and outpaced the January 2021 mark by more than 75%.

While the handle was the single largest month in state history, the books held on to slightly less gross revenue, as the $34.6 million reported fell just shy of the $36.8 million in gross gaming revenue generated in October of 2021. The state is still less than two years into its adoption of legal sports betting and based on the data the hobby is still gaining in popularity at a significant rate. While one month is a small sample size, the reduced gross revenue numbers may indicate bettors are also getting more skilled as they gain experience.

Many other statistics were reported, including a large preference among gamblers for Colorado’s online sports wagering options. More than 96% of the $573 million in wagers were placed via the state’s online sports betting operators, with just $6.6 million worth of bets placed via Colorado’s various in-person retail betting outlets.

Basketball was the most popular sport for Colorado residents to bet on, with $163.5 million wagered on NBA games during the month. The NFL was second, with $144 million bet on the sport during a month that featured thrilling playoff action on the field. Bettors found more success gambling on the NBA as well, with sports betting operators holding just 2.9% of NBA bets compared to a hold of 4.65% on NFL wagers.

College basketball was the third most popular betting category, followed by the NHL, likely driven by the success of the Colorado Avalanche. Tennis, college football, table tennis, and MMA, rounded out the remainder of the list with a small group categorized as “other sports” bringing up the rear.

College football was lower on the list of most popular sports due to the small number of games in January, but the National Championship game between the Alabama Crimson Tide and Georgia Bulldogs not only generated $5.6 million in revenue on its own but was also quite profitable for online basketball betting sites who held on to more than 35% of the money laid out on the game.

Parlay bets were the most profitable type of bets for Colorado sportsbooks, with operators holding more than $13.3 million of the $90 million wagered on parlay bets during January.

The future is bright for Colorado

While January of 2022 represents a new high watermark for state sports betting revenue, the record may not last for long. Bets made on the Super Bowl could very well push the total handle for February even higher than the January haul. Top bookmakers in Colorado continue to acquire new customers with attractive promotional opportunities like deposit matching and risk-free bets. With legal sports betting in the state still in its infancy, there is still room for significant growth as more Colorado residents decide to take the plunge.

With the Denver Nuggets and Colorado Avalanche heading into the most exciting parts of their respective seasons, their fans will have additional opportunities to bet on playoff games as well as simply being more likely to bet on them because they are playing well. While the prospects of success for the Colorado Rockies are not as bright, the large number of games played during the MLB season means fans will have the ability to wager on a local team frequently all summer long provided the current labor disagreement is resolved in a timely fashion. The state’s sports are thriving, and Colorado’s sports betting industry is primed to thrive along with them.

Looking for a new CO betting site? Here are our top picks for May…

New York now sits atop the sports betting throne. As many would ...

Legalization of sports betting continues to boost the rise of DraftKings

DraftKings has become one of the biggest operators in the US not ...