Mike Goodpaster from The Grueling Truth is back with more College Football picks. Take his picks and combine them with our College Football Betting Strategies for your best chances at winning big. 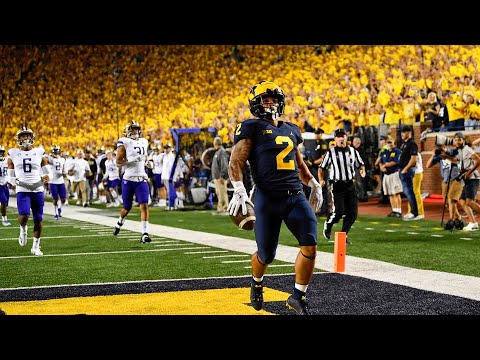 At Betting.net we bring the best straight to you. Mike Goodpaster is one of the best for picking college football spreads. Our friends at Unibet offer some of the best promos if you are looking to bet online. Check out their current offer below, but act fast, this deal will not last long.

Penn’s been inconsistent and struggles to run the ball. Michigan has two of the best edge rushers in the game right now. Michigan’s banged up all over right now. It shouldn’t matter though, take Michigan

Syracuse has had plenty of success running the ball this season. Louisville has also been successful moving the ball on the ground as well. Take Louisville and feel good about it with how well they’ve been playing as of late

Minnesota isn’t flashy, but their run game is great and they control the clock. Iowa is likely missing the game and I don’t think the backup will be able to handle Minnesota’s defense. Take Minnesota, and possibly even to win.

Miami’s offense has gotten hot over the last month and routinely are hitting explosive plays. FSU’s defense isn’t good enough to stop Miami from scoring. Take the Hurricanes in this one.

Stanford just isn’t very good. They have to go on the road and face a great rushing attack in Oregon State. The Beavers should be able to exploit Stanford’s weak run defense. Stanford doesn’t keep this game close, especially while they’re missing their starting QB.

The Cougars have covered the spread in six straight games. Oregon typically doesn’t cover when they’re favorites. They’re 12-19 against the spread as a favorite. Washington State won’t win, but they should cover.

Lock of the Week

A&M’s offense is just too good for Ole Miss to slow down. Seems simple enough, so take the Aggies to win by more than 3.

Now that you have the best picks for this week’s college football matchups make sure you put them to good use. Head to our promotions page before placing any bets to get deals like odds boosts or extra returns and make this picks go even further.

The Grueling Truth’s Mike Goodpaster is back with more College Football picks. Mike ...

Mike Goodpaster and The Grueling Truth returns with his latest College Football ...

Mike Goodpaster and The Grueling Truth is back with his latest College ...