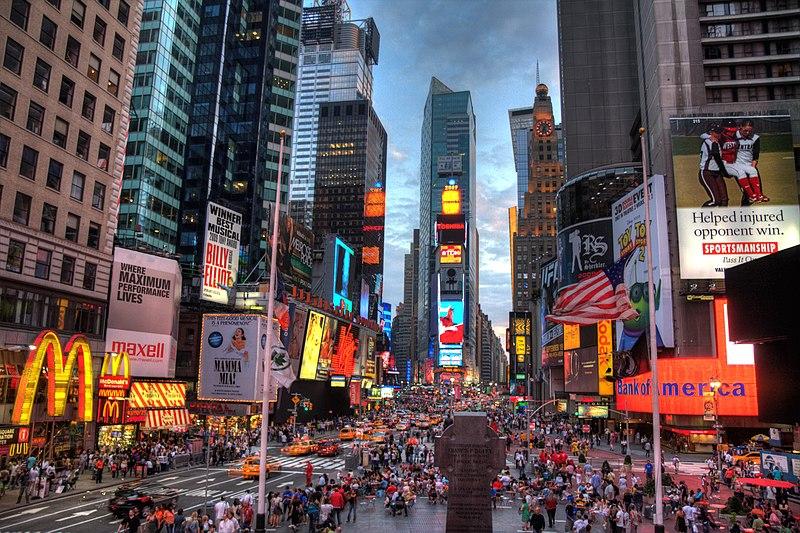 A recently formed group has backed a controversial casino plan for Times Square in New York City. The Coalition for a Better Times Square launched an initiative on Friday to revitalize the entertainment district, which included the endorsement of a gaming venue. Among the members are heater workers, musicians, small business owners, construction unions, and hotel operators.

SL Green Realty and Caesars Entertainment announced an October partnership on a redevelopment project at 1515 Broadway in Times Square. The real estate investment trust (REIT) and the casino operator claimed that their project would promote economic growth in Times Square, which is still suffering from New York lawmakers’ restrictive Coronavirus shutdown measures.

“A new gaming facility in Times Square would provide hundreds of well-paid, union jobs during both construction and operation,”

“Times Square is the crossroads of the world. Unfortunately, many tourists have yet to return and businesses still haven’t fully recovered from the impacts of the pandemic, which means lunchtime business is gone,” Alicart Restaurant Group spokesperson Jeff Bank said.

“We need a new entertainment destination, like the facility proposed by SL Green and Caesars Entertainment, so we can bring our economy back and invest in needed safety, sanitation, and traffic flow.”

It is possible that depth will be required to sway already entrenched opposition to the casino project, despite the sheer number of stakeholders involved with the Coalition for a Better Times Square.

Times Square casino is opposed by both the Broadway League and Shubert Organization, the largest theater owner in the country. Those groups are concerned a gaming venue will not help alleviate traffic in the area and will force visitors to remain inside the casino placing bets rather than venturing out to see shows.

In Manhattan, Shubert does not oppose the construction of a casino but does not wish the property to be in Times Square. Due to opposition to gaming properties in Manhattan, operators evaluating entry into the New York market are considering other locations.