Chiefs vs. Broncos NFL Saturday Preview, Spread, Prop Bets, What to Watch For

The Chiefs dropped a tough game last week on the road against the Bengals and will look to close out the regular season with a win against the Broncos this Saturday.

The Cheifs looked like they had the top spot in the AFC locked up after winning 8 in a row, but their loss knocked them down to the 2 seed as the Titans look to secure the 1 seed with a win this weekend against the Texans. The Titans announced that they are bringing back Derrick Henry for the playoffs, so the Cheifs may have to face the Titans in the AFC title against a Henry-led rushing attack in a tough atmosphere. Head over to our Offers Page if you want to get a full list of sign-up bonuses and promotions for Saturday’s games. The Chiefs are the big favorites in this game as they need to win to hold on to the 2 seed and this one could get ugly for a Broncos team that has really struggled down the stretch. The Broncos have lost their last 5 of 7 games and it looks like Broncos Head Coach Vic Fangio will be fired at the end of the season. Teams that are in this situation typically mail it in during games like this as most players look ahead toward the offseason.

Check out BetMGM or Unibet for the latest odds on the Chiefs vs. Broncos

I see the Chiefs putting up a ton of points in this matchup as they try to head into the playoffs with offseason momentum.  I think either Kelce or HIll have a great chance to get into the endzone twice in this matchup.

As of now, it looks like we will get the Chargers heading Kansas City during Wild Card weekend which will be the third time these teams would have played against one another. The Chargers won in Kansas City 30-24 in week 3 but then lost to the Chiefs 34-28 at home a few weeks ago. The Chargers have looked like one of the best teams in the league some weeks but then have struggled against bad teams as they did in their loss to the Texans 41-29 two weeks ago. That being said, if we end up with this matchup it will likely be the most entertaining game of wild card weekend. 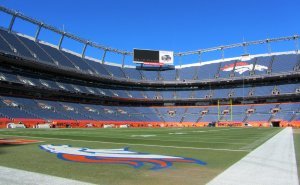 A big question over the course of the last few weeks has been who will be the Broncos QB next season. The Broncos defense and supporting cast showed life early in the season as the Broncos looked like they were headed toward the playoffs. Teddy Bridgewater struggled over the last half of the season and was ruled out for the last few games after suffering a brutal concussion. It doesn’t seem like the Broncos are sold on Drew Lock either and they will probably be in the market this offseason to try and land a big-time QB.

Kirk Cousins and Aaron Rodgers have both been linked to the Broncos and if they are able to swing a deal for either player the Broncos could be early favorites in the AFC next season. The Broncos will hope to duplicate the success they had with Peyton Manning late in his career with Cousins or Rodgers and this offseason will be worth watching in Denver.