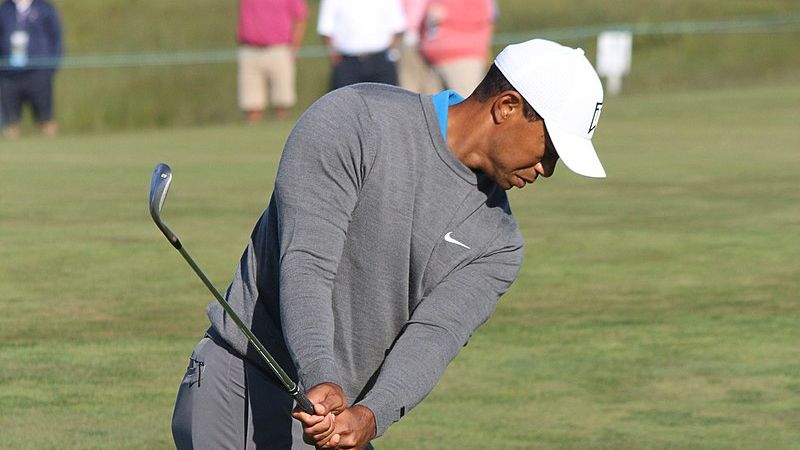 BetMGM recently received a bet of $4,500 for a major golf competition held at St. Andrews. The one bettor put their trust on Tiger Woods to win British Open held later this week. If the golfer wins, the bettor is in line to receive a total of $180,000. Even so, the wager is not as attractive as it first seemed as Woods is not the favorite player on BetMGM with his winning odds of +4000.

According to odds on BetMGM, the favorite for the British Open is Rory McIlroy at +1000. He is first in bet placement at 6.2 percent as well as money at 14.8 percent. The second is Will Zalatoris with +2200 odds, 7 percent of bets, and 6 percent of the money. The fourth is Scottie Scheffler at +1200 with 6.3 percent bets and 10.7 percent of the money. Woods is the third-highest in money at 10 percent while the bet placed was at 6.2 percent.

There are plenty of reasons why Woods is unlikely to win the competition. He was involved in a car accident last year and is still recovering. The accident in February 2021 almost cost his life but it just caused a serious injury to his leg. The event led to his absence in a few competitions in the recent past.

Woods’s recent performances are also quite underwhelming. He left the PGA championship after only three rounds in the competition. He also withdrew from the U.S. Open and immediately went for the British Open held next week.

Despite all the drawbacks, Woods is still the title holder of two British Open in 2000 and 2005. His chance of winning might boost slightly this Sunday.

Woods is also the title holder for 15 major championships. He is currently second to Jack Nicklaus as the Greatest of All Time. Nicklaus won his 18th and last major title back in 1986. If Woods wants to be the next GOAT, the 46-year-old will need to acquire three or more victories.

The next British Open will commemorate the 150th Open Championship. It is held where the modern game is first born at the Old Course in St. Andrews.

British Open: Bettors favor Tiger Woods despite not being favorite

A lot of bettors are placing wagers on Tiger Woods to win ...