After a big game 4 win in Atlanta, it looked like the stage was set for the Braves to close things out at home and bring back the first World Series to Atlanta since 1995.

The Astros would not be denied and pulled off the huge road win to get the series back to Houston for game 6 where the Braves will now have to try to bring home the title on the road.

To get in on the game 6 and 7 action be sure to check out our Offers Page, which will have all of the top weekly operator promotions. 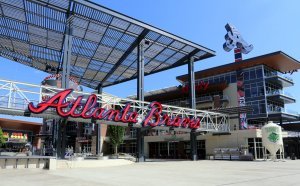 The Braves started off Game 5 in the best possible way with a huge Grand Slam by Adam Duvall and it looked like the World Series championship celebrations were starting early in Atlanta. The Astros responded by putting up back-to-back innings with two runs in the 2nd and third to even things up going into the fourth.

Carlos Correa was the player of the game for the Astros as he went 3-5 with 2 RBI’s and thrived after being moved up to the third spot as Alex Bregman moved down the seventh spot in the lineup. Yuli Gurriel had a big night as well also going 3-5 with a clutch hit to even things up early.

The Astros pulled away late with a run in the 8th and 9th and the bullpen closed things out en route to a 9-5 Stros win. 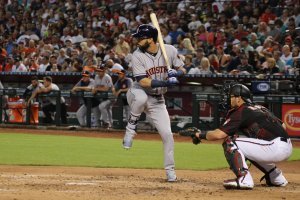 The Astros head back home and hope their bats stay hot

For the most up to date odds and point, spread check out our Draftkings Review where you will get up to date sign-up bonuses and more

The Astros are the favorites for game 6 and most baseball fans around the country are hopeful the Astros find a way to get the series to a game 7. Game 7’s are always special but we rarely get them in the championship round in any sport so the Astros home crowd is going to be crazy in this must-win game at home.

Garcia threw 3.2 innings in game three and only gave up one run and struck out six hitters. Garcia struggled with control and walked 4, but if he can find the strike zone in Game 6, the Astros have a great shot to get this series to a game 7. The Astros biggest issue in the playoffs has been inconsistent starting pitching and Garcia poses the biggest threat to the Braves lineup with his powerful stuff from the right side.

The Braves probably wouldn’t want anyone else taking the hill for game 6 than Max Fried as he has been the most reliable starter for them throughout the course of the season and in the playoffs. Fried did get roughed up in game 2 in Houston giving up six runs in 5 innings but he will likely have a better game the second time around against the Astros hitters. I think a successful outing for Fried would be if he can get through 5 or 6 innings with only giving up 2-4 runs and then turn the game over to the Braves bullpen with a hope to win the game late. A forgotten storyline from game 1 was Charlie Morton’s injury which knocked him out of the game and series early in game 1. If the Astros win game 6, the Braves could have certainly used Morton in game 7 in some capacity.

Grienke has a big pinch-hit single in game 5 in Atlanta which was unusual to see for a pitcher to do. Grienke played in the National League for years and pitched very well in a 3-2 game 4 loss by going 4 innings and giving up zero runs. Grienke has struggled in the playoffs over the years after being a very good starter and did not pitch much in the first couple of rounds in this year’s playoffs.

Grienke has a career 4.14 Playoff ERA compared to a 3.41 career ERA. Grienke will likely play a significant role in the next two games and could be one of the first out of the bullpen or the game 7 starter if the Astros get out to an early lead in game 6. For a player that has historically struggled in the playoffs, he would look to get the ultimate redemption if he can step up to become the hero in game 6 or 7.