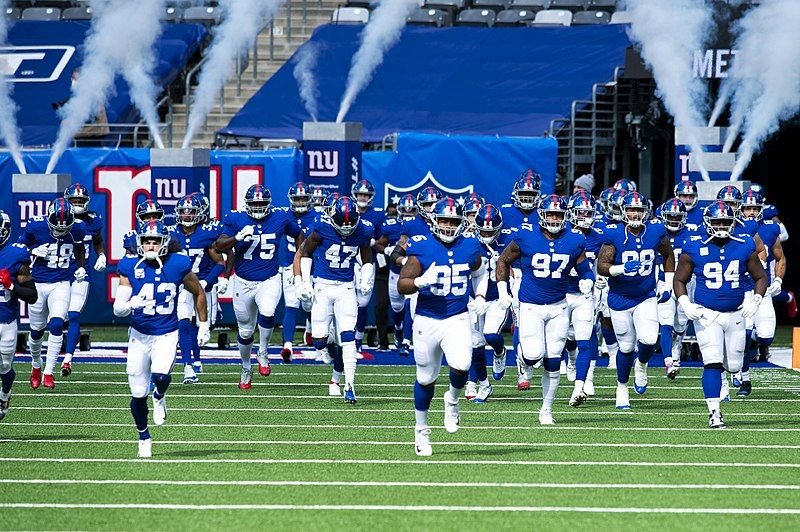 The 2022 regular season of the NFL is scheduled to start on September 8 all the way to January 8, 2023. Despite being a little over two months away from the new season, NFL betting enthusiasts might want to look out for the New York Giants, whose odds to win the NFC East are far up over fellow conference teams.

The Giants might be one of the sloppiest teams in the 2021-2022 season. However, since former Buffalo Bills offensive coordinator Brian Daboll is set to run the Big Blue, things might turn the best for bettors, whose faith in the NY-based team remains consistent.

As of July 27, the Giants are far up at Fox Bet’s odds to win. The team is leading over the other three NFC East teams with +800, followed by the Washington Commanders with +550, Philadelphia Eagles’ +175, and Dallas Cowboys trail in last with +120.

There are myriad reasons behind NY’s good numbers in the upcoming season. First and foremost, the team’s two seasons straight of bad luck by posting 10-23 under former head coach Joe Judge could likely be out of the window now. Aside from hiring Daboll, the team now has both OC Mike Kafka and defensive coordinator Wink Martindale assisting the new head coach with the team’s lineup. Put it simply, the Giants will come out as a brand new face after the franchise dropped Judge.

Lastly, the Giants offer quite a promising lineup. Quarterback Daniel Jones who has been playing with the team since 2019 is expected to return with a more explosive performance in the 2022 season. Jones, will be assisted by running back Saquon Barkley, trio wide receiver of Kenny Golladay, Sterling Shepard, and Kadarius Toney. Adding to the list are first-rounder tackles Andrew Thomas and Evan Neal.

While the upcoming season might be the first time for Daboll to work with the Giants, the likelihood of the team winning the regular season and making it into the playoffs is not too far-fetched.