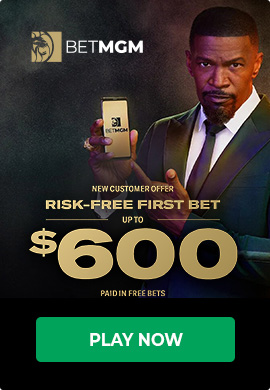 Sophie Henry
December 10, 2021
Legalization of sports betting continues to boost the rise of DraftKings
DraftKings has become one of the biggest operators in the US not just for its stellar ...
David Genge
December 3, 2021
Missouri file first sports betting bill for 2022
The first bill for 2022 in the US is being brought forward in Missouri that would ...
David Genge
November 26, 2021
Michigan senate push forward historical horse racing bill
Michigan has had a stellar month in ...
Jesse M Cox
September 3, 2021
Wyoming’s Two First Online Sportsbooks Make Debut
As of September 1st 2021 both DraftKings ...
Jesse M Cox
August 20, 2021
Wyoming Sports Betting to Launch in September
The latest news coming out of Wyoming ...
Arizona’s Legal Sport betting about to Become Reality
Jesse M Cox
August 12, 2021

Yes, in many states across the country some form of sports betting is completely legal. The world of legal online gambling is constantly evolving across the U.S. with each passing year.

Legal
Planned
Illegal
There are 29 states with legal online sportsbetting of some sort. Washington D.C. also has legal online gambling. Some of these states with legal gambling have been around for decades, while others have only recently passed laws and will soon have their first legal online casinos. Some have fully regulated online betting markets, while others only allow in person betting when at a casino or other establishment. Others are working to finalize the gambling industry in their State.In still more States we are seeing bills which look to establish gambling laws of different sorts. The landscape is constantly shifting under our feet, but we will be here to update you on all of the latest up-to-date information! Below is a table detailing the current gambling laws like legal gambling age, whether you can bet online or in person, and more for every state.
In the meantime, you can look at which states have yet to pass legislation below, as well as if they have even started to think about it.

In these remaining states no legislation has yet been passed to provide a framework to legal sports betting. It is likely that most, if not all states in the U.S. will legislate and regulate gambling at some point in the future. For some that future looks much closer than others. For instance, the majority of the states listed below are considering some sort of legal online gambling, or want  state run legal online casinos. Still though, there are some in which even a state lottery is forbidden, and any sort of gambling laws besides prohibition seem like a long ways off.

A Short History of Gambling Laws in the United States

Gambling has existed in the United States all of the way back starting in the colonial period. Even before there were states with legal sportsbetting, there were colonies that participated in legal sportsbetting. The Historian Neal Millikan has even reported that close to 400 lotteries were held in the 13 colonies and were often advertised by newspapers at that time. The British eventually cracked down and placed restrictions on lotteries in 1769, and this became yet another reason for strain between the colonies and the British, which eventually led to the American Revolution only a few years later.

Gambling Laws were mostly state based and fluctuated greatly with the times and people’s religious attitudes. Gambling stayed common throughout the US especially in wealthy hubs like New Orleans, New York, and San Francisco both during and after the Gold Rush. The Great Depression only accelerated the gambling movement as many states like Nevada in 1931, saw casinos as a way to bring in more revenue.

States with Legal gambling on sports were on the rise until 1992 when Congress passed the Bradley Act, or PASPA. The Professional Amateur Sports Protection Act of 1992 effectively outlawed sports betting and in turn many of the previously gambling legal states. Nevada was spared from this law, and a few other exceptions were carved out in certain states, but this effectively ended sports wagering in most parts of the country. PAPSA would stay the law of the land until it got struck down in 2018.

Murphy v. National Collegiate Athletic Association was a case involving the tenth amendment that made its way through the legal system and eventually up to the Supreme Court. The State of New Jersey, represented by Governor Philip D. Murphy, was able to challenge and have PASPA overturned by the court, allowing for the return of state-sponsored gambling. The case started arguments on December 4th 2017 and on May 14th 2018 the Supreme Court ruled on a 7-2 to reverse a lower court ruling, and again on a 6-3 vote that the entire PASPA law was unconstitutional.

The Supreme Court agreed with New Jersey that the Federal Government was commandeering power that the states had to regulate their own gambling industries. Justice Samuel Alito wrote the majority opinion stating that, “Congress can regulate sports gambling directly, but if it elects not to do so, each state is free to act on its own.”

The anti-betting side was unable to hold up their argument which relied on the Supremacy Clause. The Clause argues that the Federal Government has supreme right over individual states and in this case can take priority over state laws.

Justice Ruth Bader Ginsburg was joined in dissent with Justice Sonia Sotomayor. Justice Ginsburg wrote the dissent in which she expressed the opinion that the need to overturn the entirety of PASPA was not only excessive, but based solely on the desire to establish states with legal gambling.

Many states guessed that the Supreme Court case would finish with a favorable outcome and therefore started setting legislation for gambling laws even before the case finished. Delaware for instance, became the first new state to legalize sports gambling less than a month after the Supreme Court decision on June 5th 2018.

Less than a week later New Jersey signed a bill into law on June 11th 2018. Slowly but surely, more states have been bringing forward legislation to legalize sportsbetting in their state in different ways. In certain instances, even the professional sports leagues have been helping to make sure the new legislation is favorable to them and ensuring that they will benefit from the new laws as well. Of the major American sports leagues, only the NFL still maintains a stance in opposition to sports gambling.

After New Jersey numerous states across the country began putting together bills to become the next gambling legal states. Many of these states have passed those bills into law, but are still organizing how to implement the laws and because of that gambling cannot legally occur.

The newest movement now sees more and states open legal online casinos or state run apps in which bettors can gamble from anywhere inside their state. Some states still only allow in person betting, but many of these are looking to add an online or mobile component. Other states like Tennessee have done the opposite, only allowing for legal online gambling, but no betting in person.

The Next Gambling Legal States

For many states, favorable gambling laws are not so much an issue of if, but when. Most recently, Ohio state Senator Kirk Scuring introduced a sports betting bill in April 2021 that would authorize domestic gambling on sports in the state. The Ohio lawmakers are currently in session debating this bill now which would allow for legal online casinos and in person retail locations. Before the end of the year we could possibly see Ohio become the next in the long line of states with legal sportsbetting.

Oklahoma is another state that currently sits in the states with legal gambling limbo. In April 2020 the Oklahoma Governor Kevin Stitt reached an agreement with two native tribes on a gaming concept that included sports gambling. Even though multiple steps have been taken to make this a reality, there still remain bipartisan state lawmakers and the Oklahoma attorney general who are in opposition to expanded gambling laws in the state. Because of this the future of legal sportsbetting in Oklahoma remains uncertain.

Nebraska voters made their voices heard in November 2020 and six months later the states Governor Pete Rickets signed a bill to regulate in-person sports gambling. Unfortunately no online or mobile betting is currently being planned, but this could change with time. The first sportsbooks in the state will likely be accepting bets starting in Fall 2021. Just remember no betting on Nebraska college sports is allowed.

Arizona has likely seen more than enough tax revenue for sportsbetting go to their neighbor Nevada so now they want in on the game. In May of 2021 gaming compacts were approved that contained sports wagering and fantasy sports. In person and online will be a full go as soon as a regulatory board is set up. Best guess on when they will start accepting wagers should be somewhere in late 2021.

Realistically the very next state to start taking money for legal online gambling and in person gambling will be Connecticut. Approved in May 202, the Governor Ned Lamont gave his signature the very next day. Only the Federal Department of the Interior is now needed, and my best guess is that sometime in September that will happen. Connecticut is another state that will not allow gambling on any college sport team residing in the state.

America’s history with gambling, like many other vices, is one that is full of stops and starts, and likely will continue that way. Although a federal ruling on gambling laws is unlikely, more and more states are recognizing the benefits of being able to regulate their local markets. The majority of individual state gambling laws will continue to change. Be sure to check back here often for all of the news on legislative changes and to find the newest states with legal gambling.

IS BETTING ON SPORTS LEGAL IN THE UNITED STATES?

DO ALL STATES HAVE LEGAL ONLINE CASINOS?

There are only certain states with legal sportsbetting in the US. Certain states allow for online and mobile based gambling, while others only allow in person bets. To find out which states offer online gambling options read through our state legalization tables above.

WHY IS GAMBLING LEGAL IN SOME STATES?

Gambling laws are subject to individual state laws. The states themselves get to decide if they want to provide gambling to the public, and how is best to do that. For more information on every state’s gambling laws, you can look through the tables above.

WHAT IS THE LEGAL GAMBLING AGE IN THE UNITED STATES

There is no standard legal gambling age in the United States. States are able to set their own age requirement, although most choose either 18 or 21. TO find out the age for every state look through our tables in the article above.