With College Football winding down more eyes will be on the NBA action and for those who haven’t been paying attention, this NBA season looks to be one of the most competitive and balanced in recent memory.

This weekend we have some awesome games on the schedule highlighted by the Suns and Nets on Saturday and the Warriors and Clippers on Sunday. In the East, there are only 4 games that separate the 8 seed team from the first, and the West looks as deep as ever. Check out our Betting Offers page if you are interested in checking out the full list of operator sign-up bonuses and promotions if you want to place a wager on this weekend’s NBA action. 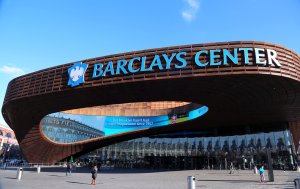 The Nets are the favorites to win the title

In what could be an early NBA finals preview the Suns take their 15 game winning streak into Brooklyn where they will be a 2.5 point underdog against the Nets. The Nets are still without Kyrie Irving but are playing great basketball and are the current favorites to win the title. The Suns and Warriors look like the cream of the crop in the West and this will be a good test for the Suns on the road.

The Bulls and Heat are right behind the Nets in the Eastern Conference standings and look like they should be contenders throughout the entire season. Billy Donovan has the Bulls playing an up-tempo style that is fun to watch led by Lonzo Ball and Zach Levine in the frontcourt. Kyle Lowry has added a new element to the Heat and could help them get back to the Finals as they have the deepest roster in the East.

The Wizards have been one of the biggest surprises in the NBA and have done a great job of building their roster with trades for players like Kyle Kuzma and Montrezl Harrell. Bradley Beal is averaging 23 PPG and should be one of the starters for the Eastern squad in the All-Star game. The Mavericks are 10-7 and in a log jam of second-tier teams in the West that are between the 3-10 seed. Luka Doncic is averaging 25 PPG and Kristaps Porzingis is averaging 21 PPG, but the Mavericks still seem to be one player away from being a real competitor in the West as they try to get to the Suns and Warriors level. 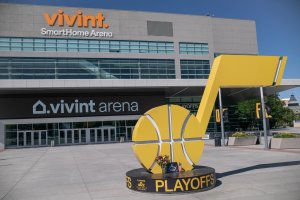 The Nets are still the heavy favorites to win the title which is a bit of surprise when you consider how well the Warriors and Suns are playing. The Bucks have battled injuries early in the season and likely will be in the middle of the pack in the East when all is said and done. The Suns and Heat are two teams that seem like great value plays here as it only takes one injury to an older Nets or Warriors roster to give them an opening to leapfrog them as the top team in the conference.

The Suns have won 15 in a row and are within 2 games of tying the franchise record for consecutive wins after their win over the Knicks on Friday. Devin Booker and Deandre Ayton are entering their prime and have the experience from last season’s deep playoff run to lead the Suns back to the finals once again. The one concern for the Suns is the Warriors in the West who are about to add back one of the game’s best shooters in league history in Klay Thompson. The Suns take on the Warriors Tuesday in Phoenix in what looks like will be a potential Western Conference Playoff Preview.

One of the big mysteries this season has been the health of Zion Williamson who has been nursing a foot issue and was finally cleared to resume team activities. Williamson has been a disappointment for the Pelicans and has battled weight and injury issues in his first three seasons.

The NBA standings early in the season change significantly through the first ...